First, connect the Huzzard/Code Corp handheld driver license scanner to a laptop/computer using the supplied USB Cable.
Next, select the database program the data will be transferring to.
Finally, scan the barcode located on the driver’s license or vehicle registration form.

At Huzzard Systems, we want to give you and your department the best experience possible. That’s why if you don’t see your software supported, we would be more than glad to custom-create a program that will interface better than you could have ever imagined.

If you don’t see your software listed above, please contact us. The Read & Feed is easily extensible – even with in-house programs. We’ll be happy to accommodate your department’s needs.

We offer a no obligation evaluation of a fully functional Read & Feed device. If we need to develop an interface specific to your department for the eval, we will do that at no extra charge. Understanding that schedules for the patrol officers are varied, and wanting to get as much feedback as possible, we typically offer the eval for 2-3 weeks.

Improved officer safety, increased accuracy and time savings. Agencies tell us they are saving 3 – 5 minutes per traffic stop because of the reduction in manual data entry and being able to avoid retyping information. This savings is especially magnified when there are multiple DLs to process; DLs that are not connected to the license plate or owner of the vehicle.

Shorter traffic stops mean a safer environment for the officer and the public therefore, be able to keep the officer’s eyes on the stopped vehicle and person(s) instead of a keyboard also contributes to the safety factor. Read & Feed is a tool that reduces overtime hours and increases productivity.

Yes.  It works with all states DLs that have an American Association of Motor Vehicle Administrators (AAMVA) compliant 2D bar code. Since states get to choose what is encoded in the AAMVA barcode, you will find that some states have more data encoded in their bar codes than others.  Wisconsin, for instance, has 22 different pieces of data that can be parsed out and sent automatically to the fields in your program where needed.  Minnesota has only three pieces of info – DL name, DL number and Date of Birth. The good news is states are moving to bar codes like Wisconsin that contain more info and can be used with devices and programs like Read & Feed™.  Even if you are working with a state with limited bar code info, there is still a time savings by avoiding the typing or re-typing of DL, name, etc manually.

No problem. We will create an interface for your department’s specific needs at no additional cost. Because all software is different, we will need to see the screens, the fly out menus and understand the tab sequence of how the fields populate in your program, but, the good news is we can work with any program that requires keyboard data entry – even programs developed in-house by your department. We will work closely with you and typical have the new interface completed in less than a week.

To switch back and forth between two programs:

Firstly, Open the program you wish to scan into.
Then, place the cursor in the first data field.
Thirdly, scan the Program Interface barcode (supplied by Huzzard) for the program you are scanning into( example -Spillman).
Finally, Scan the Driver’s License barcode.

After that, you’re done! When switching to another program (example – TraCS), repeat the above steps. It’s recommended you place the Program Interface barcodes near the scanner for quick and easy access.

The only software you need to install on your laptop is a USB Virtual Com (VCOM) driver to allow for the input into TraCS to change from USB to serial.  The software for the VCOM driver is free, is downloadable off of the Code Corp website, and we help you do the set-up for no charge.  It takes about 15 minutes.

If you need repair, you send the unit to Huzzard in Appleton, WI and we coordinate the repair.  If we can repair it locally, we do. Otherwise, if it needs to go to Code Corp (manufacturer of the hardware device) for a major repair, the unit is sent to the Code repair center in Utah.  We launched Read & Feed™ in January of 2012 and have yet to have a return for any reason.

No. We found that batteries drain at the most inopportune times and by deriving the power from the laptop thru the USB cable insured uptime for the officers and deputies. With that said, you can buy a battery and a two bay charger which will allow you to operate the device as an Age Verification tool – instances when you are not required to interface with your laptop, but just want to check DLs for age appropriateness.

We have law enforcement customers that are ready to give great referrals and testimonials.  You can check out their comments on this page or can make arrangements for you to communicate directly with the law enforcement officers who are using Read & Feed™

A “goose neck” holder, that can be attached to the laptop dock, is a popular add-on. The holder creates a ‘hands free’ scanning environment.

“During my 10 years as a patrol officer, I have been consistently occupied with entering license and vehicle information. Depending on the situation context, it could be difficult to spare the required attention to simply read and key lengthy alpha-numeric identifiers.

When using the Read & Feed™ scanner, the interruption to my situational awareness was dramatically reduced, along with an increase in accuracy of the collected information. Poor lighting and small digits were no longer challenges to collecting data. I found the Read & Feed™ scanner especially useful for incidents requiring the documentation of large numbers of people (e.g., traffic accidents and underage drinking parties). The Read & Feed™ scanner’s ease of use requires only a few minutes of instruction, and Huzzard System’s assistance in tailoring the software to our agency’s need was seamless and easy. Im my estimation, the quick and accurate means to collect basic information is long overdue in law enforcement.”

“The Read & Feed™ scanner is an invaluable tool for our agency. Our department uses Spillman for records management and Spillman Mobile to run vehicle registration and driver’s license queries.

“A 28 yr veteran officer just came in off the road and mentioned how much the reader just helped him on his last traffic stop. He had the girlfriend of the listed vehicle owner driving on a suspended DL.

She has had warrants off and on through the years, also. The passenger is a guy we’ve had warrants on and have fought with several times through the years. After making contact with the vehicle occupants and obtaining their ID/DL’s, the officer was able to quickly run them by simply scanning their DL’s. The reader not only noticeably cut-down the officer’s time as opposed to hand entering two separate people’s information into his laptop but it kept him much safer by allowing him to keep his focus on the suspects in the vehicle vs. typing on his laptop. Nice and quick – Nice and safe. I have received only positive feedback on how great it works, especially for eTime Person Searches when running someone that is not the listed owner. I asked for emails laying out how the officers have used it and what they thought of it. “Was there any problems or any suggestions on how it could work better or other applications it could help with?”, etc. As is typical, I don’t get detailed emails but instead, I get the passing, “Hey, Mark! I love the barcode scanner. I’ve used it a lot this week. It works great! It’s awesome not having to hand enter all that info.” I’ve had a few opportunities lately when I had to cover traffic duty in the morning and I like to have the reader set-up, ready to scan the DL for eTime Person Search before I leave the PD lot. That way I just have to pick it up and push one button on the scanner/reader. The one traffic stop, the car listed to “mom and dad” not the 16 year old driving the car to school – Whammm!!! The kid’s DL is shot with the scanner and the search is initiated that fast. No typing everything into eTime. I then click on the Spillman Names icon on my computer and after several clicks on the reader to get to Spillman Person Search, I shoot the DL again and it imports the kid’s info into the Spillman Names fields. After the traffic stop, I open another Spillman Names window and search the kid’s last name. If she’s not been entered into Spillman before, I now have all but her phone number ready to save to the names database, saving me 3 – 5 minutes. The feedback so far has been great. Hartland PD averages over 3,000 traffic stops a year. I believe HPD will be using the readers about 30% of the time a traffic stop is made, not to mention any persons not operating a vehicle that are run for wants, underage drinking parties or entered into Spillman Names Table and so on.”

“The Huzzard Read & Feed™ bar code reader is a “must have” in every squad car. The fact that it works in conjunction with TraCS, interfacing with many of the popular interface softwares like HTE

SunGard, Spillman, Premier, and New World, all while allowing the officer to maintain a visual on the suspect and not on the keyboard (plus the pure time savings realized by a “quick” scan versus typing demographic information) makes it one of the best safety and time saving devices to come along in quite awhile.I highly recommend to any agency, no matter what software you are currently using. Read & Feed™ is simply a “must have.”

“We’ve had three officers use the unit including myself. So far the unit is fantastic! The guys that have used it really like it. It is one of those things you really have to use on some real traffic stops to see the benefit.

It’s not only a time saver for data entry, but increases officer safety as well; you don’t have to have two eyes on a laptop screen. Also, I have been able to get the DLs to scan every time. I noticed that if I start scanning an overburned DL, or even a dirty or scratched one, I pull it back, to about 6 or 7 inches, and it takes it every time. If it’s a newer DL, or with a crisp bar code, the scanner reads it at about 3 or 4 inches out.”

Ready to order, or, have a question 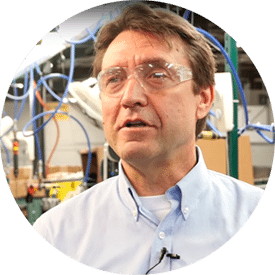